Hit enter to search or ESC to close

Salt has always played a fundamental role, not only in nutrition but also in economic and social relations between cultures and countries. The history of Salt – from the Neolithic to the Industrial Revolution – has crossed oceans, deserts and rivers to unite Europe, Africa, China, Russia and America.

Our selection includes Coarse and Fine Himalayan Salt, coming from the Khewra salt mines in Pakistan. Naturally very rich in minerals, this variety of salt has a high percentage of iron oxide, which gives it its characteristic pink colour.

Cane Sugar is obtained from the Saccharum Officinarum plant, native to the Indo-Malayan region, which later spread throughout the tropical zone of Central and South America and Southeast Asia.

Sugarcane has a lush behaviour and inside the reeds flows a liquid that, once squeezed, can be drunk fresh, used as a sweetening syrup or converted to sugar through a process of concentration. 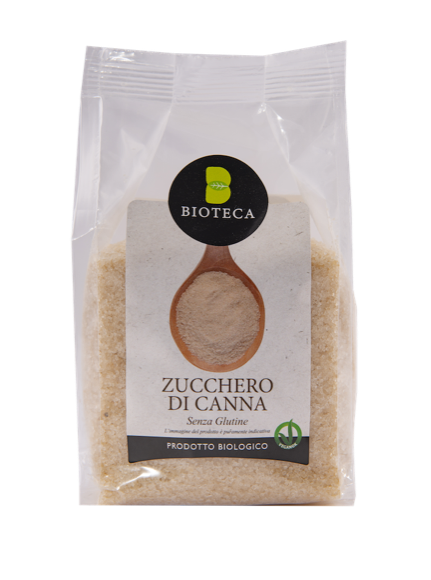 Often called “Golden Light”, the variety of sugar offered by Bioteca is especially appreciated for its versatility. Its fine granulometry makes it more soluble and allows its use in all dessert recipes; even in jams, whose taste is not altered by its delicate aroma. 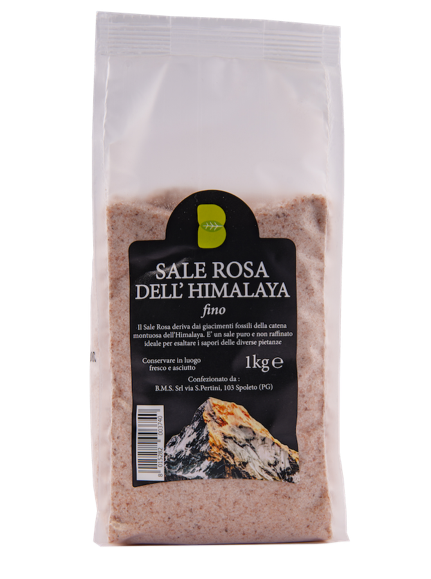 Characterized by pink colour and veins, the Himalayan Salt is a rock salt extracted in the mines near the homonymous mountain chain, in the Punjab region in Pakistan. The delicate and less savoury taste allows a diverse use in the kitchen, particularly suitable for salting fish. 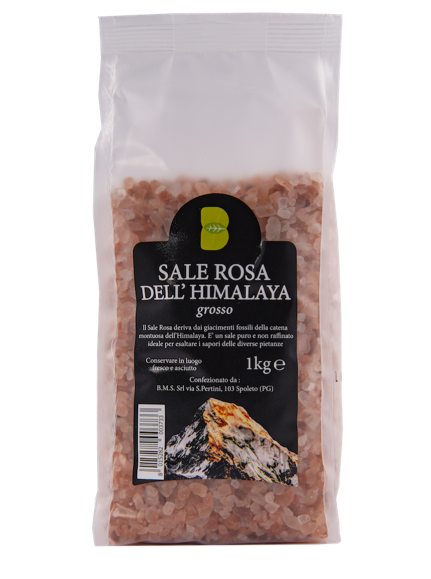 Rich in minerals, this variety is particularly suitable for salting meat and for different uses in the kitchen when a flavour more delicate than sea salt is required. Our pink salt comes directly from the mines in the mountains and does not undergo any further refining procedures. 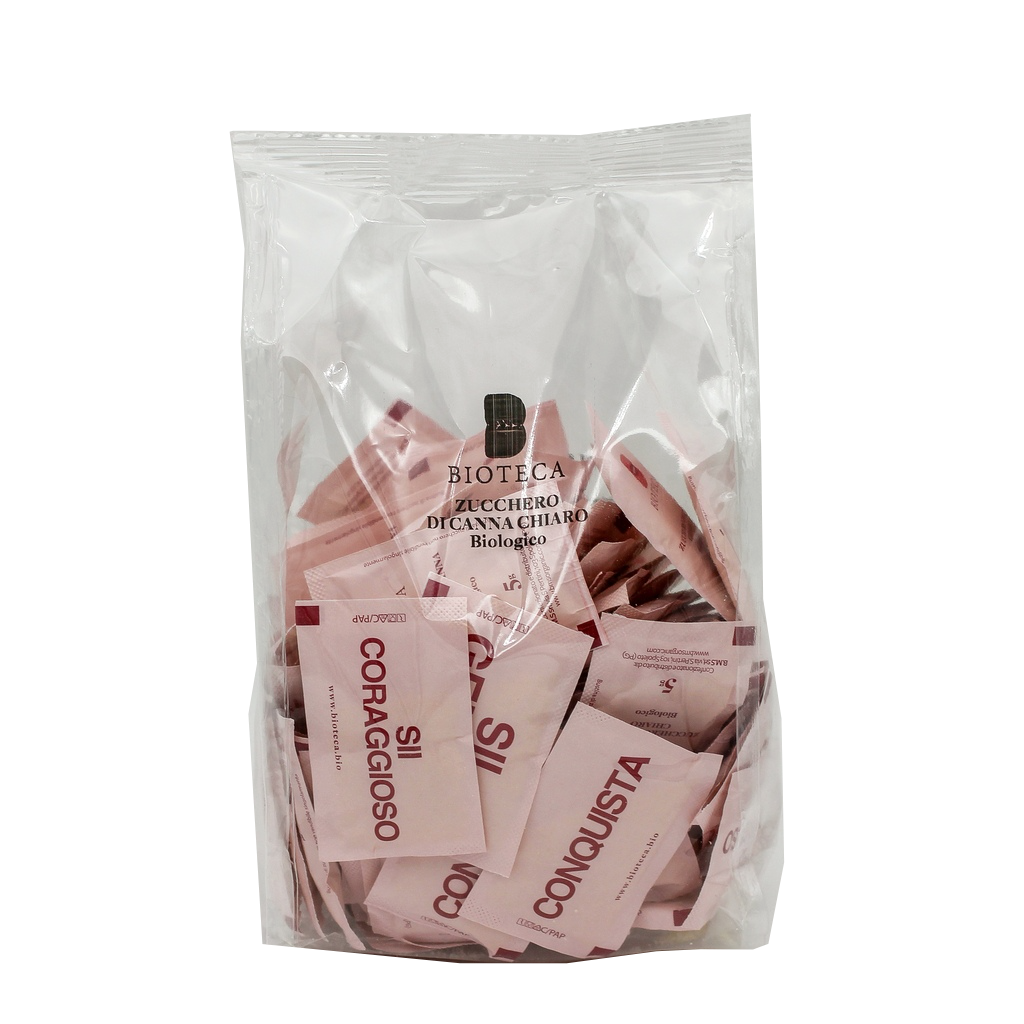 Clear, organic cane sugar, now in practical single-serving sachets – Bioteca has created each sachet differently by adding a word or phrase, so that coffee can recharge body and mind.